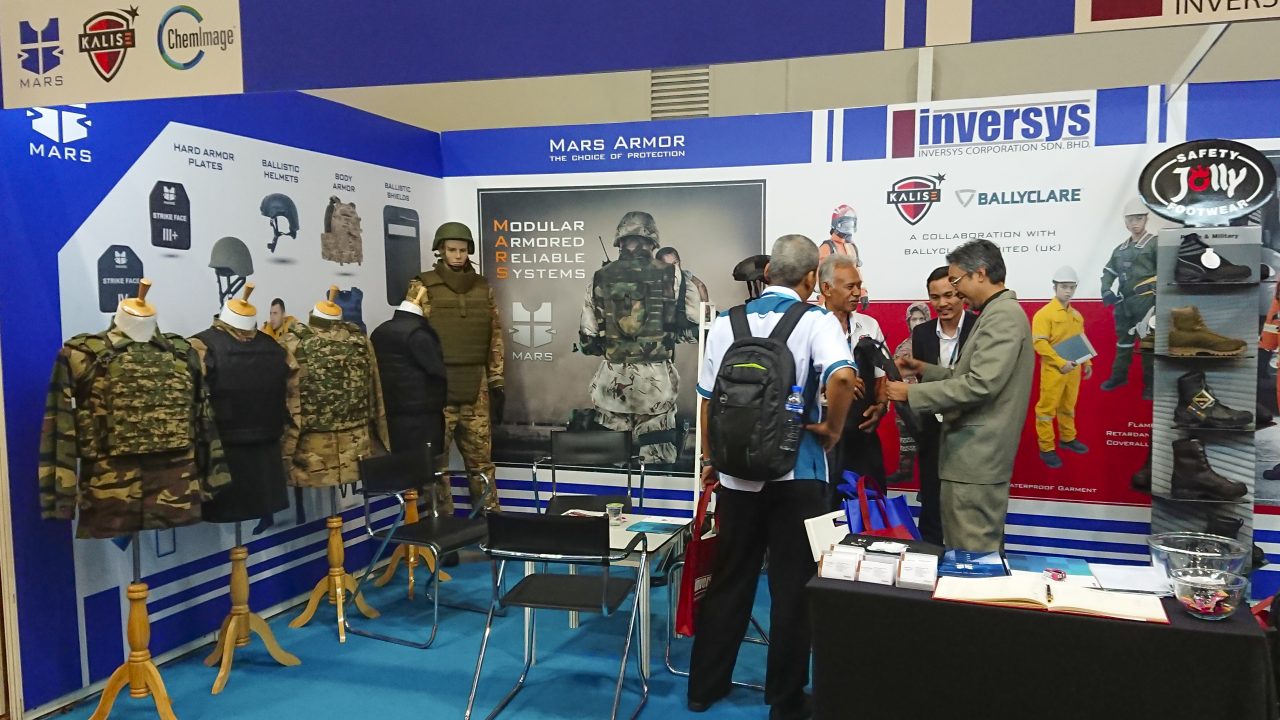 This year for the second time MARS Armor took part in the Malaysian defense expo DSA from April 16th to 19th. The 16th edition of Defence Services Asia (DSA) was held in Kuala Lumpur, in a new and modern venue – the magnificent MITEC (Malaysia International Trade and Exhibition Centre).

On the astonishing 43,000 square metres over 1500 companies from 60 countries presented their products and services. 43 000 trade visitors from 70 countries, and 350 foreign VVIP delegations from 45 countries made their appearance at the exhibition. The show was the perfect scene to display the best of the world’s sophisticated hardware & electronic warfare in land, air & sea defence, battlefield healthcare products and technology, training & simulation systems and police and security peripherals.

Our ballistic protection solutions were displayed at the stand of our partners from Inversys Corporation SDN BHD. The 2018 upgraded models were shown, among which the modified MARS Plate Carrier; a few of our most popular police and tactical vest models; a sample PASGT helmet in  from MARS Armor’s new production helmet line. The visitors were impressed with the displayed models for their effective and practical design and adapted features to the region’s environmental conditions. The stand was visited by the Malaysian Minister of Defense, as well as a number of official delegations.