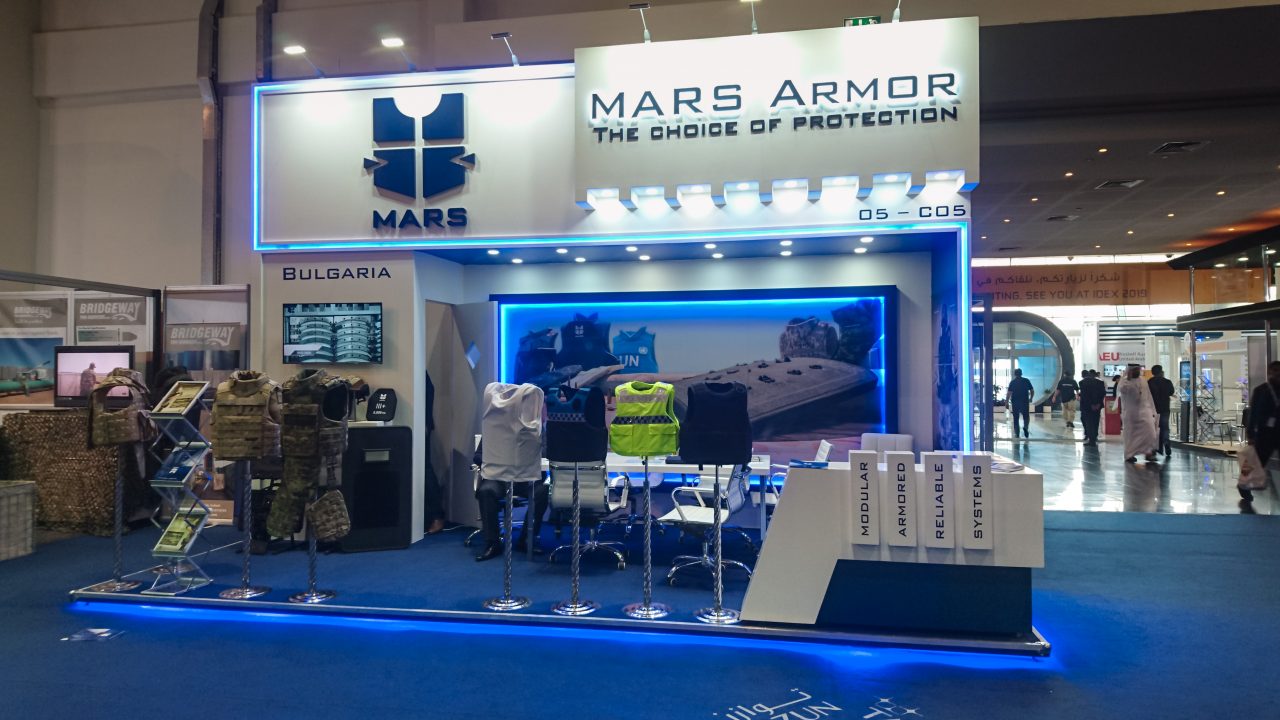 In February 2017 was held one of the largest defence exhibitions in the world, the International Defence Exhibition and Conference (IDEX). It was traditionally hosted at the ADNEC in Abu Dhabi, between February 19th and 23rd. This year’s edition gathered 1235 defence companies to exhibit at the ADNEC. This was the 13th edition of IDEX and it was organised under the patronage of President His Highness Shaikh Khalifa Bin Zayed Al Nahyan, Supreme Commander of the UAE Armed Forces.

Humaid Matar Al Daheri, group chief executive officer of the Abu Dhabi National Exhibitions Company (ADNEC), noted that the number of participating countries had increased to 57 with the addition of 10 new ones in 2017.

At its futuristic booth, MARS Armor presented the recent designs and innovations in technology to produce reliable and lightweight vests as well as a full range ballistic protection solutions – from ballistic helmets, stab and bulletproof vests, ballistic shields, hard armor plates and accessories.