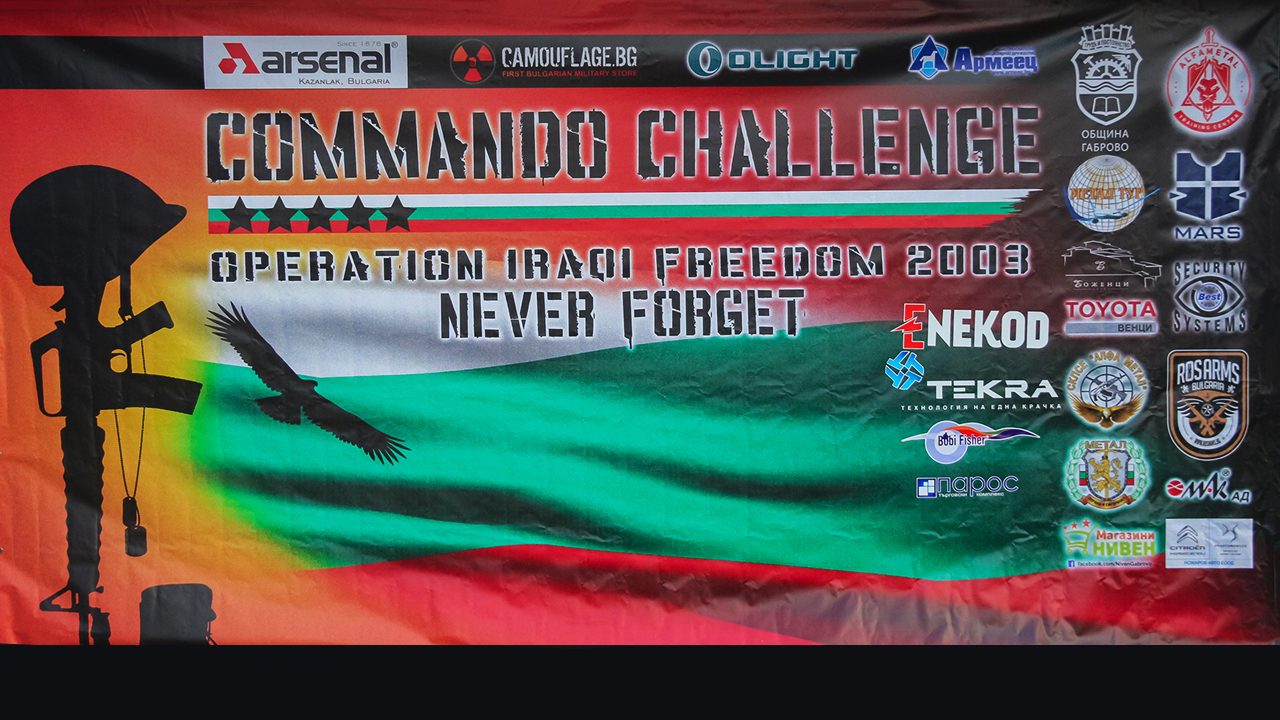 The International Commando Challenge 2018 received the support of MARS Armor

Deputy Prime Minister for Public Order and Security and Minister of Defence Krasimir Karakachanov opened the international competition “Commando Challenge 2018” near Gabrovo. It is organized on the initiative of former soldiers of the 68 Special Forces Brigade and the SBOT jointly with the “Alpha-Metal” International Special Training Centers. This year the event was dedicated to the five Bulgarian soldiers who, on December 27, 2003, lost their lives during the attack of base “India” in Kerbala, Iraq. Gabrovo Mayor Tanya Hristova also attended the official opening and in her speech, she expressed her respect to the memory of these Bulgarian soldiers. In her words, the inalienable patriotism of the Bulgarian military is still alive and is passed down as a holy tradition from generation to generation.

The competition was held on the tactical polygon of ICSPOS “Alfa Metal” in the region of the village of Michkovtsi, Gabrovo. 16 professional and 4 amateur teams competed in the two days of the International Commando Challenge 2018, respectively, on October 19th and 20th. The professionals’ teams included active military officers and security personnel, and the amateur teams were mainly former military.

The teams had to overcome several stages in the competition: passing through tactical obstacle lanes, shooting with AK-47 and M-4, giving first aid (tourniquet and bandage) and evacuation of a “wounded man” (dummy), carrying the “wounded man” on a particular route with entering and exiting buildings.

MARS Armor provided tactical equipment for the participants – plate carriers of TAURUS and TERVEL models, in green, as well as ACH High Cut ballistic protection helmets in green and black.

MARS Armor will participate in IndoDefence 2018 in Jakarta

The International Commando Challenge 2018 received the support of MARS Armor